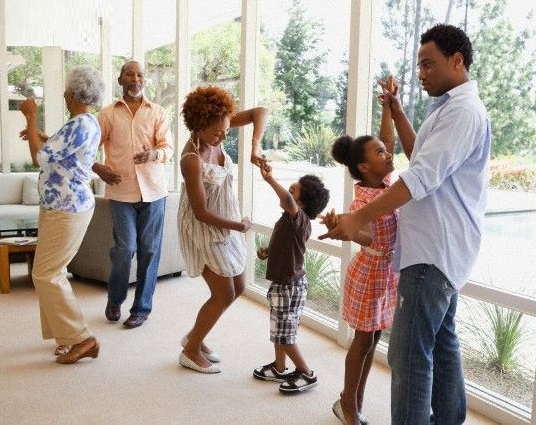 Much of the world is getting fatter, thanks to the spread of American-style diets and sedentary lifestyles.

Weight gain is tough to combat — and weight loss is even harder — because it’s not just a function of what we eat, or our activity levels.

Instead, in addition to their diet and lifestyle, each person’s tendency to gain weight and their ability to lose excess weight is affected by their genetic profile.

Those weight-related tendencies and abilities are also affected by the mix of microbes in your gut: see Exercise Your Right to a Healthy Gut and its links to related articles.

Now, a study from Taiwan has taken a pretty big, albeit preliminary, step toward clarifying the answers to key questions about exercise, genes, and weight control.

The participants had previously supplied their health and lifestyle data, including blood samples, to the Taiwan Biobank, which is one of 16 national biobanks currently established around the world.

It’s clear that frequent physical activity blunts the effects of certain unhelpful gene variants — such as a variant of the FTO gene, which promotes a larger body mass index (BMI) and the risk of obesity among all ethnic groups studied to date.

But prior studies focused on the effects of exercise on FTO gene variants and other gene variants on body mass index (BMI) in particular.

As the authors of the new study wrote, “Previous studies have found that performing regular physical exercise could blunt the genetic effects on BMI [body mass index]. However, few studies have investigated BFP [body fat percentage] or measures of central obesity … [which] are even more relevant to health than BMI.”

In addition to BMI, the new Taiwanese study covered the effects of exercise on genes affecting four other measures of “central” obesity — such as body fat percentage — that are linked more closely to metabolic problems like obesity, diabetes, chronic inflammation, and unhealthful blood fat profiles.

(Genome sequencing is the process of determining the order of the more than three billion DNA nucleotide molecules or “letters” — adenine (A), guanine (G), thymine (T), and cytosine (C) — in a person’s DNA.)

The scientists then calculated a genetic risk score (GRS) for each participant, based on data from prior studies that revealed links between specific gene variations, tendencies toward weight gain, and key aspects of body composition.

Then, to calculate the effects of various types of exercise on gene-related risks for obesity, the scientists compared the participants’ answers about their exercise routine to their genetic profile and five aspects of body composition:

The results of those calculations indicated that jogging is the best type of exercise for managing all five measures of body composition, and for overall efficacy at preventing obesity.

(Oddly, running was not included in the survey asking participants about their exercise habits. That omission may just be a matter of semantics: in Taiwan, the term “jogging” may be synonymous with running. It certainly seems safe to presume that running — which is typically faster and more vigorous than jogging — could be preferable for beneficially affecting weight-related genes.)

The runners-up (pardon the pun) were mountain climbing, walking, power walking, certain vigorous types of dancing, and longer yoga routines (one hour or more daily), which also reduced BMI among participants who were genetically predisposed to obesity.

Surprisingly, neither cycling, swimming, tai chi (and other forms of qigong), nor Dance Dance Revolution (DDR) appeared to counteract the effects of people’s genes on their tendency toward obesity.

(Dance Dance Revolution is an exercise/coordination game popular in East Asia, in which players step on colored arrows in response to increasingly rapid musical and visual cues. The inefficacy of DDR seen in this study may be related to the average frequency at which people engage in it, which may be low compared with other exercise routines.)

The authors noted that few studies have investigated the interplay between specific types of exercise and genetic risk of obesity measures, making it difficult to compare their findings with those of other studies.

However, they proposed that jogging — compared, for example, to swimming and cycling — does more to raise metabolic rates and burn calories.

They also noted that swimming typically takes place in water cold enough to stimulate appetite and food intake. That may make swimming less effective than other exercises, in terms of desirable effects on obesity-related genes and weight control in general.

The study’s limitations and strengths
While of real value, this study’s findings can’t be considered definitive, for several reasons.

First, almost all the participants belonged to the Han Chinese ethnic group, whose genetic profile differs from other ethnic groups in ways that probably aren’t but could be significant.

For example, prior studies found that the genetic variations covered in this study promote weight gain in Han Chinese significantly less than in people of European descent — and that slightly fewer genetic variants affect weight control in Han Chinese versus Europeans (Zhu J et al. 2014).

Second, people’s reports of their regular exercise routines and levels of intensity are necessarily subjective, hence not fully reliable. (People responding to study surveys tend to overreport their exercise levels and underreport their caloric intakes.)

Finally, the numbers of people reporting that they routinely engage in certain activities — such as basketball and tennis — were too small to allow statistically meaningful analysis of their effects on weight-related genes.

And it seems likely that — compared with average Taiwanese people — fewer Americans engage in Dance Dance Revolution or in what most Americans would consider “mountain climbing”.

In Taiwan, the term “mountain climbing” is virtually synonymous with hiking, because mountains cover 70% of Taiwan’s land area. In fact, hiking up hills and mountains is a common activity in Taiwan, where many people try to climb all 100 of its tallest, most iconic peaks.

Nonetheless, the results of the new study add valuable evidence to an area of weight-control science that’s just getting underway.

Overall, the Taiwanese study suggests that when it comes to obesity, genes are not destiny, and that the undesirable effects of certain genes on weight can be eased by the right kinds of regular exercise.