‘Today we expect open, honest answers from the pharmaceutical industry’ 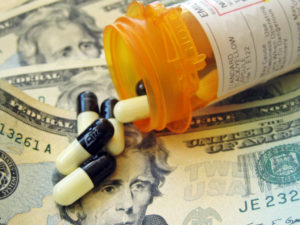 WASHINGTON — Stopping rebates, using value-based purchasing, and making drug prices more transparent were the phrases of the day at Tuesday’s Senate Finance Committee hearing on high drug prices, where neither the senators nor their witnesses seemed to score any major public relations victories.

“Today we expect open, honest answers from the pharmaceutical industry,” committee chairman Chuck Grassley (R-Iowa) said to the panel, comprised of top executives from seven large drugmakers. “One of the first things to talk about is pretty simple: list price. … You folks are probably going to tell us that it’s not that simple.” And although some drugmakers may believe that list price is meaningless, “for seniors on Part D [Medicare drug plans] who are paying co-insurance as a percentage of the list price … list price is very meaningful.”

Sen. Ron Wyden (D-Ore.), the committee’s ranking member, zeroed in on the companies’ prior actions. “Prescription drugs didn’t became expensive by accident,” he said. “Drug prices are astronomically high because that’s where pharmaceutical companies and their investors want them. The brakes have come off pharmaceutical pricing and American families are hurtling along in the passenger seat, terrified about what comes next.”

Drug company executives had been warned on Twitter Monday by Grassley that he wasn’t going to tolerate them putting the blame for high prices on pharmacy benefit managers (PBMs) or other actors, and their testimony seemed to reflect that somewhat. “We recognize the need for change,” said Giovanni Caforio, MD, chairman and CEO of Bristol-Myers Squibb. “We’re witnesses to a historic era in biomedical innovation … but we must ensure that patients have affordable access to new innovations and we should work on policies that support and reward access and these investments.” He proposed several ideas for lowering prices, including implementing the Trump administration’s proposal on rebates as well as using value-based purchasing to pay companies only for treatments that work.

Pfizer CEO Albert Bourla, DVM, PhD, proposed another idea: capping Medicare beneficiaries’ out-of-pocket drug costs. “Today patients pay on average 14% of the cost of medications, but pay only 3% of costs associated with hospital stays,” he said. “This is forcing patients to forgo taking needed medications. … That’s bad not only for patients but also for system costs. Patients who don’t take their medications often end up in the hospital, costing much more to the system.”

Knocking down barriers to lower cost biosimilars is another idea, he added. “In many cases, the insurance declines to include lower-cost biosimilars in their formularies because they would risk the rebate from covering

Sen. Maggie Hassan (D-N.H.) hit especially hard at Johnson & Johnson and its Janssen Pharmaceuticals subsidiary, alleging that the company marketed the idea of a new condition called “pseudo-addiction” — in which patients show signs of addiction because they’ve been prescribed insufficient opioids — as a way to increase its opioid sales. Although Janssen “promoted this made up concept of pseudo-addiction … since then your company repeatedly said your actions in the marketing and promotion of opioid medications [were] appropriate and responsible,” she said. “You’re refusing to take responsibility for your company’s role in this crisis.”

Jennifer Taubert, Johnson & Johnson’s pharmaceutical executive vice president and chair, said she wasn’t familiar with the pseudo-addiction concept and added, “Everything I’ve seen leads me to conclusively believe everything we’ve done … when we promoted opioid products, which we stopped marketing a long time ago, was very appropriate and responsible.”

Hassan was clearly not satisfied. “It’s hard for me to take industry’s goal of promoting good health seriously when its behavior to maximize sales of opioids created an epidemic,” she said.

The Role of Patents

Sen. John Cornyn (R-Texas) sparred with Richard Gonzalez, chairman and CEO of drugmaker AbbVie, over its efforts to protect the market for its drug adalimumab (Humira). “I support our patent system and think it’s very important, but what I don’t understand is … Humira has 247 patents and some of those don’t expire until 2034,” said Cornyn. “Humira was first sold to patients in 2003; is it your company’s position that you should have the patent on Humira for 31 years?” Gonzalez fought back, saying that the total number of patents is closer to 136, “but

Humira is like nine or 10 different drugs; it’s the same molecule but it treats different conditions.” In the end, he added, “the number of patents is not something that protects a product. … The question is, does the [patent] stop the biosimilar maker from making the product? If it doesn’t, the patent is meaningless.” And if other drugmakers can’t get around the patents, they can always ask for a license from the original drug company, he said. prices, except for Bourla, who said it was more of a negotiation between the company and the PBMs. Cornyn noted that AbbVie had blocked for years Amgen’s attempt to produce a biosimilar for Humira. “They came to us and wanted to access the portfolio we had, and we licensed them,” Gonzalez responded.

“Did you sue them?” Cornyn asked. “Yes, we did,” Gonzalez replied. Outside experts said there were a few things that interested them about the hearing. “I thought it was very telling how there was a question [about whether] any of the CEOs used the corporate windfall from the 2017 Tax Cuts and Jobs Act to lower drug prices, and all of them, basically one by one, said ‘No, we didn’t do that,'” said Devin Duffy, advocacy and policy associate at the Roosevelt Institute, a left-leaning think tank in New York City, in a phone interview.

Katy Milani, a fellow at the same institute and co-author with Duffy of a report on concentration of power among drug companies, said she thought the hearing showed that the issue “is going somewhere because of bipartisan popularity and because the public is feeling this in their pocketbooks. I hope that as it does go somewhere, it incorporates an economic policy framework that can regulate the more [egregious] policies of the pharmaceutical industry.”

Marsha Simon, PhD, a healthcare consultant here with expertise in drug pricing, noted that several senators mentioned reintroducing a bill to penalize drugmakers that try to game the Medicaid program in order to pay lower rebates. “They did not mention why they had to reintroduce the bill — the manufacturers blocked its passage in the Senate at the end of the last Congress after it passed the Republican-controlled House,” she wrote in an email.