Article courtesy of  The Guardian

After Coors sought to steer unconscious minds to thoughts of beer, scientists have called for curbs on ‘targeted dream incubation’

When brewing giant Coors launched a new advertising campaign earlier this year, the format came as a surprise to many. The company was planning to infiltrate people’s dreams to get them to buy, and presumably drink, Coors beer. 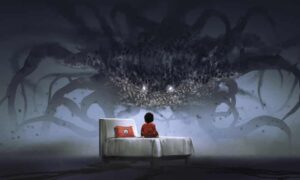 Coors encouraged people to watch a short online video before bed, then play an eight-hour “soundscape” through the night. If successful, this “targeted dream incubation” would trigger “refreshing dreams” of Coors, according to the company.

It’s unclear how many people took part in the dream manipulation – the top Google search result for “Coors dreams” is currently the song Dreams, performed by the Irish pop-rock band the Corrs – but experts warn that the Coors campaign is not just a gimmick, and may have opened a door to a troubling future.

“They’re trying to push an addictive drug on people who are naive to what’s being done to them. I don’t know if it can get much worse than that,” Bob Stickgold, a cognitive neuroscientist and professor of psychiatry at Harvard medical school, said of Coors’ efforts, which he believed could potentially be replicated by other companies.

“Anything you could imagine an advertising campaign for, at all, could arguably be enhanced by weaponizing sleep,” Stickgold said.

Stickgold was one of the co-authors of a recent open letter which sounded the alarm over companies using targeted dream incubation in June. The letter was signed by 35 sleep and dream researchers from around the world.

“TDI-advertising is not some fun gimmick, but a slippery slope with real consequences,” the letter warned. “The potential for misuse of these technologies is as ominous as it is obvious.”

The concept of dream incubation – “techniques employed during wakefulness to help a person dream about a specific topic” – has been around for thousands of years, according to researchers.

In the more recent past, Salvador Dalí was given to the practice of holding a spoon while napping, in an attempt to enhance his creativity. When Dalí began to fall into a deeper slumber, and hopefully dream, the spoon would drop from his hand on to a pre-positioned dinner plate, waking him up in a state where he could remember the images or scenes he had – briefly – dreamt.

Over the past decade research has shown that people’s dreams can be more targeted, and that humans can be highly susceptible to thoughts or ideas introduced while they sleep.

A 2014 study found that smokers exposed to the smell of cigarettes and rotten eggs while they slept smoked 30% fewer cigarettes during the following week, while Stickgold said other work had shown that racial bias can be reduced by targeted dream incubation.

While much of the research so far has been aimed at positive results, scientists fear the threat of dream advertising is real, and in an increasingly wired world it is not likely to be limited to willing participation.

“Something like 30 million people have these listening, Alexa-type devices in their bedroom. And those devices can play anything they want whenever they want and advertisers could buy advertising time, [for adverts] they want played at 2.30 in the morning,” Stickgold said.

“You could have this sort of 1984 situation where advertisers buy advertising time on these devices, and nobody ever knows they’re hearing them.”

It wouldn’t be an entirely straightforward process. To sell a project involuntarily through dreams, the potential advertising campaign would have to be linked to adverts people see while they are awake.

Stickgold said it could potentially be done by playing a certain sound every time a product – a Coors beer, or a Corrs album, for example – is seen during a television or YouTube advert.

Replaying that sound while someone is sleeping, potentially through a home device, would, in theory, then trigger dreams about how nice it would be to drink a beer, or listen to an Irish guitar and violin-driven musical ensemble.

It’s a sobering thought, and in an effort to avoid such scenarios, the June letter called for stricter regulation on advertising, to prevent products being thrust into dreams. Stickgold said the Federal Trade Commission already restricts some subliminal advertising, such as the flashing of words or images during films or TV shows, and would be able to intervene.

“One way we could go in the US is to get a ruling from the FTC, that any attempts to manipulate people while they’re sleeping, whether it’s specifically through dream induction, or through other processes of sleep-dependent learning, would similarly count as unfair trade processes,” Stickgold said.

The commission is yet to comment on whether it will wade into the issue, even as researchers say some companies are actively examining the potential to worm their way into dreams.

Our slumber may be safe for the moment, but scientists believe this is a real threat.

“We believe that proactive action and new protective policies are urgently needed,” Stickgold and his fellow sleep experts wrote.

“To keep advertisers from manipulating one of the last refuges of our already beleaguered conscious and unconscious minds: our dreams.”